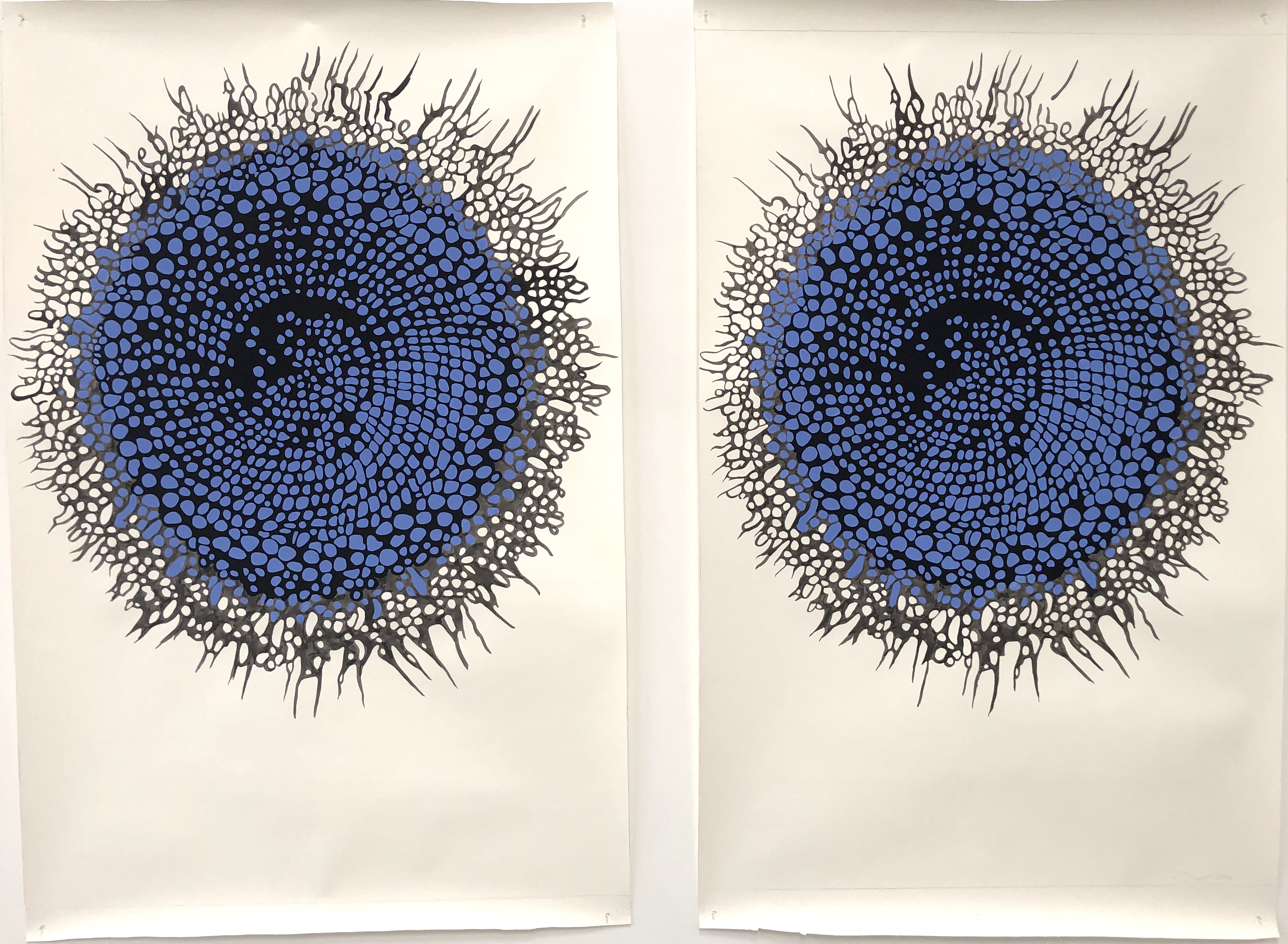 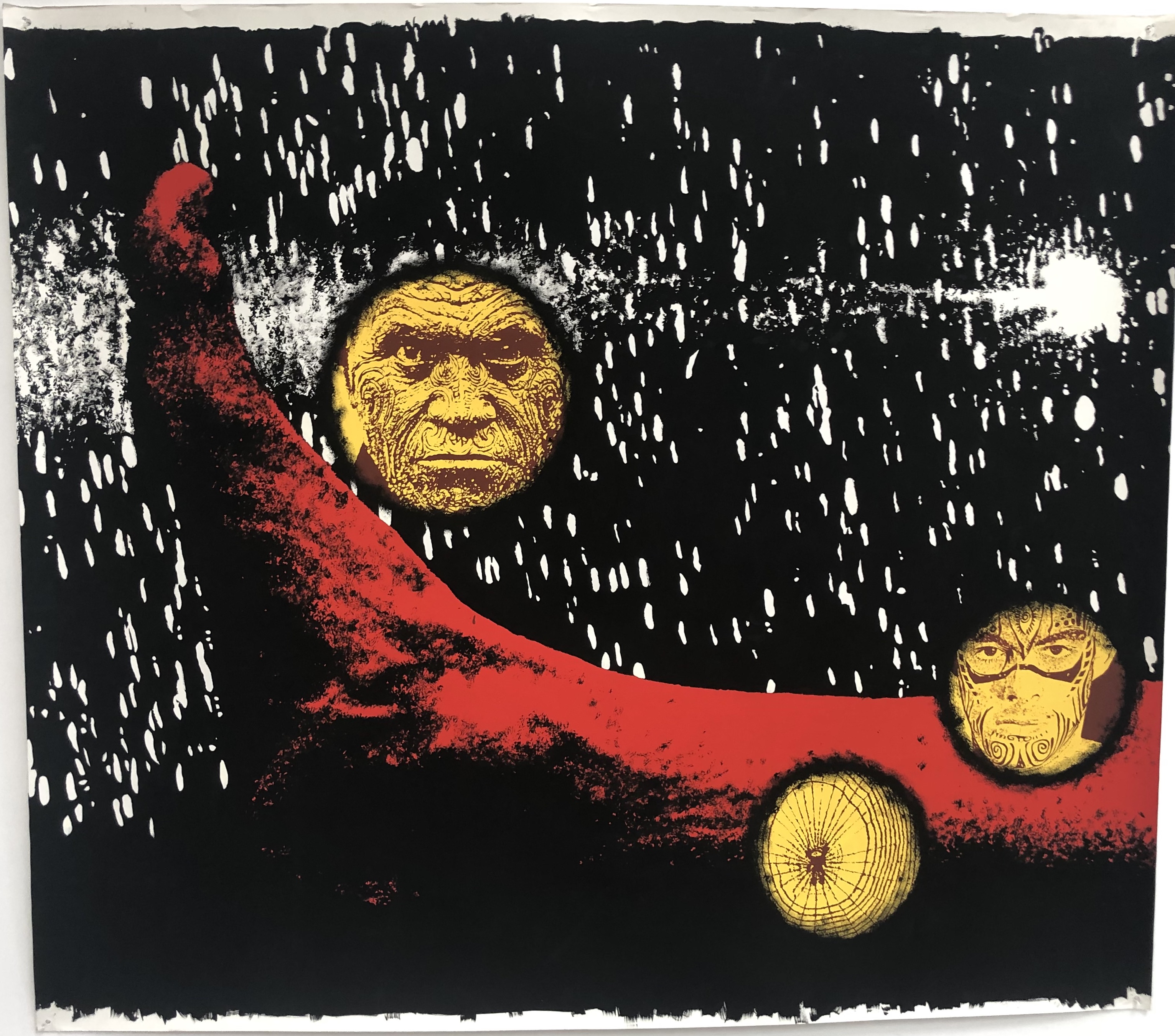 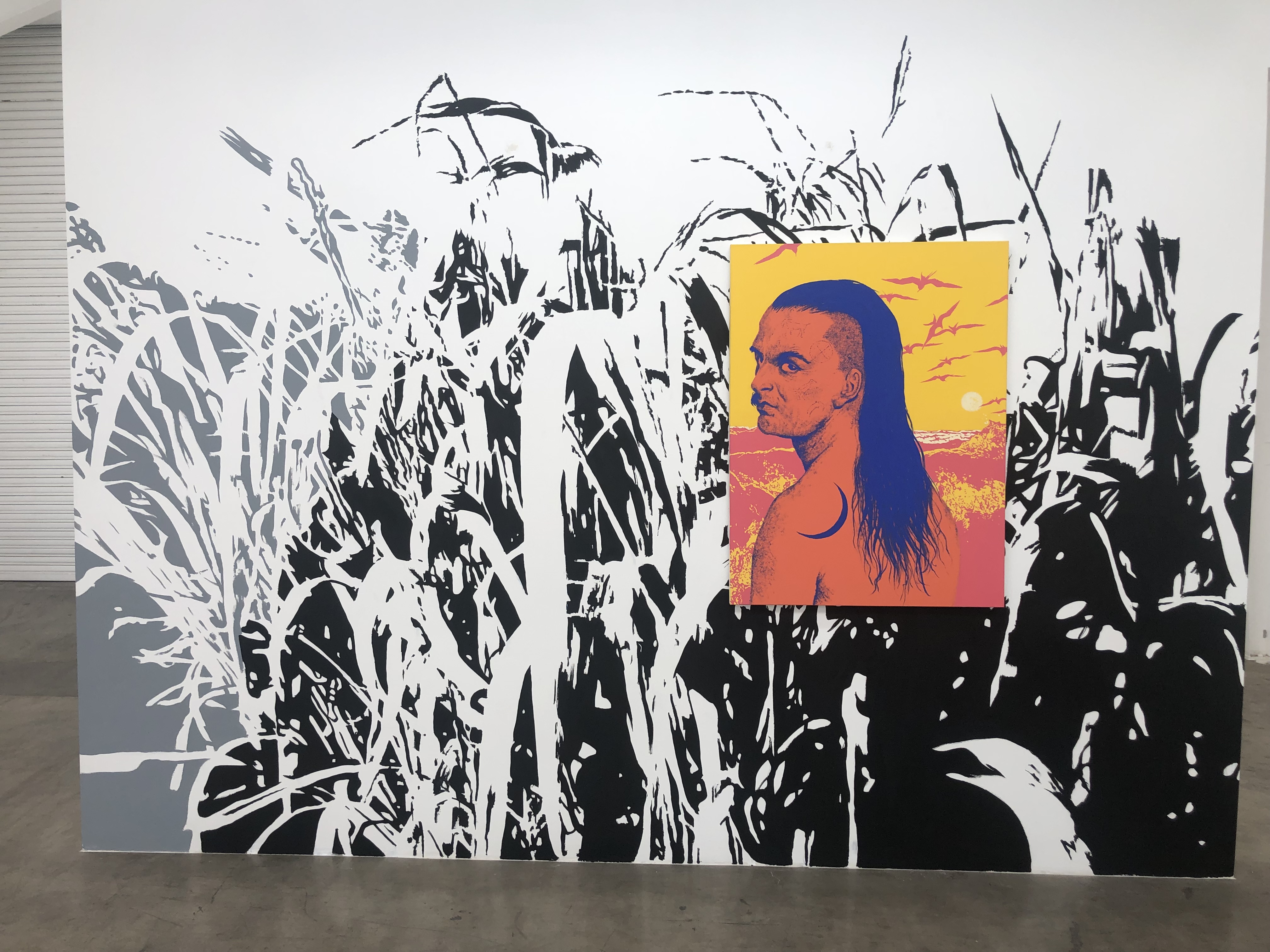 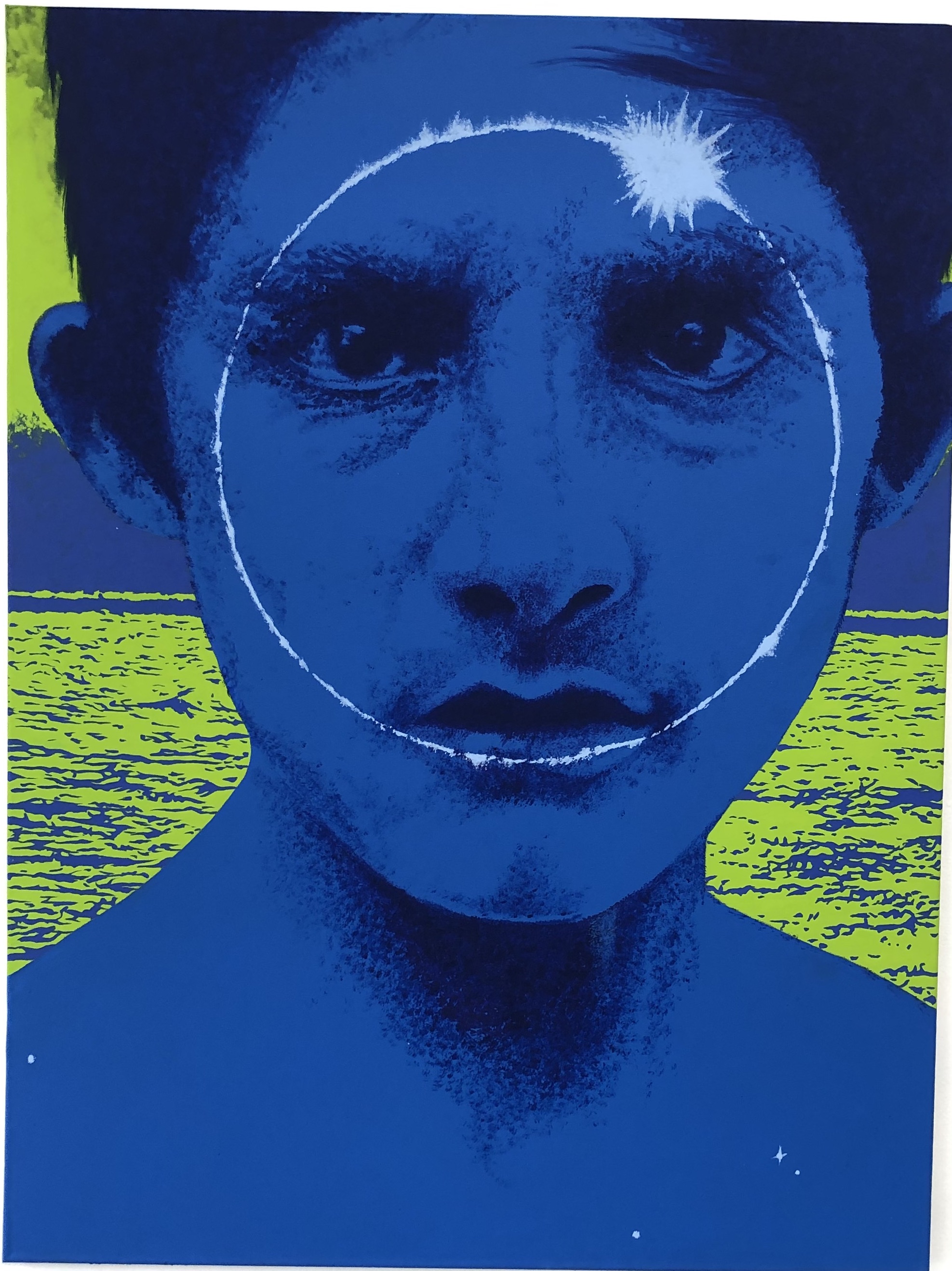 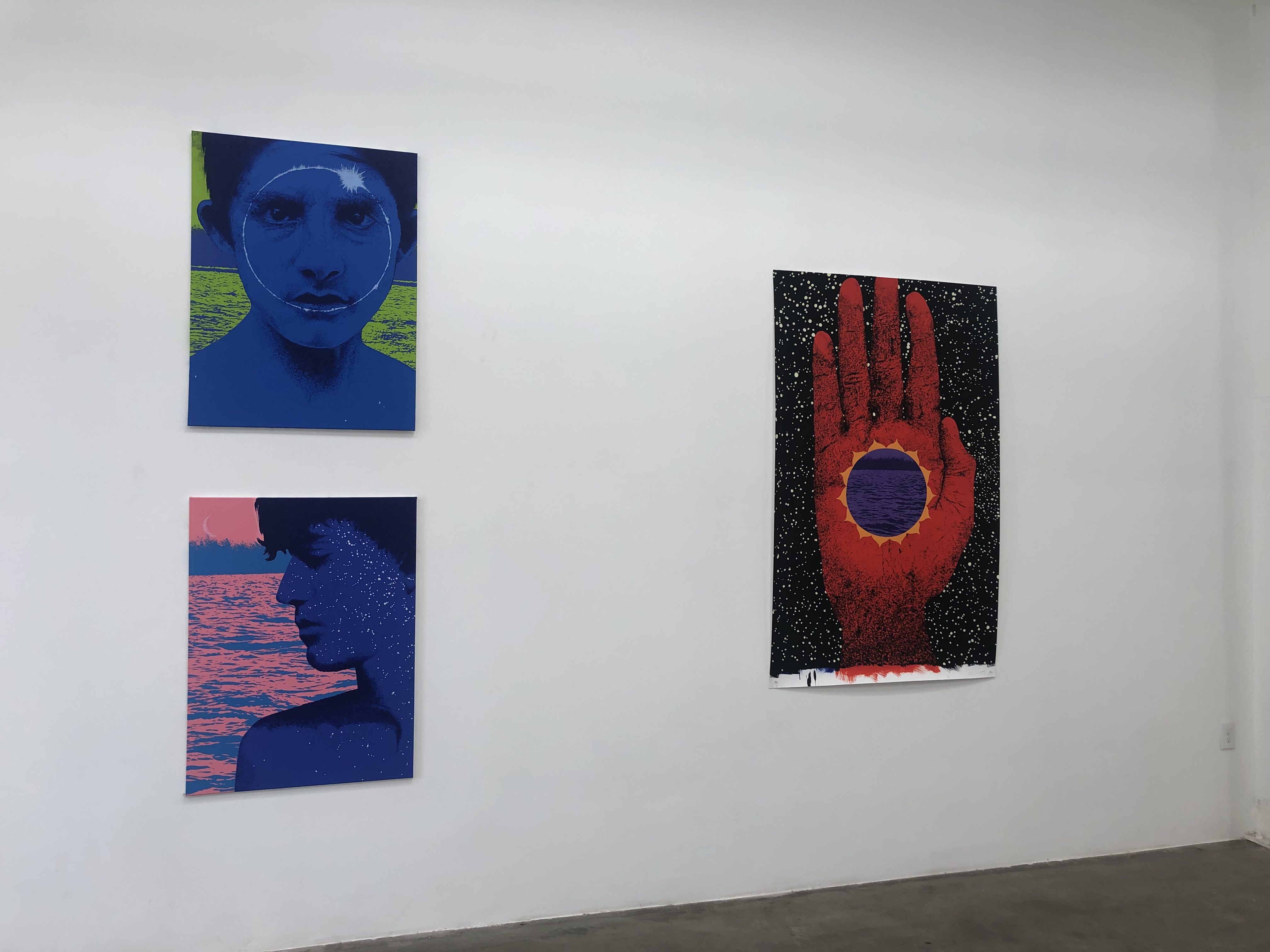 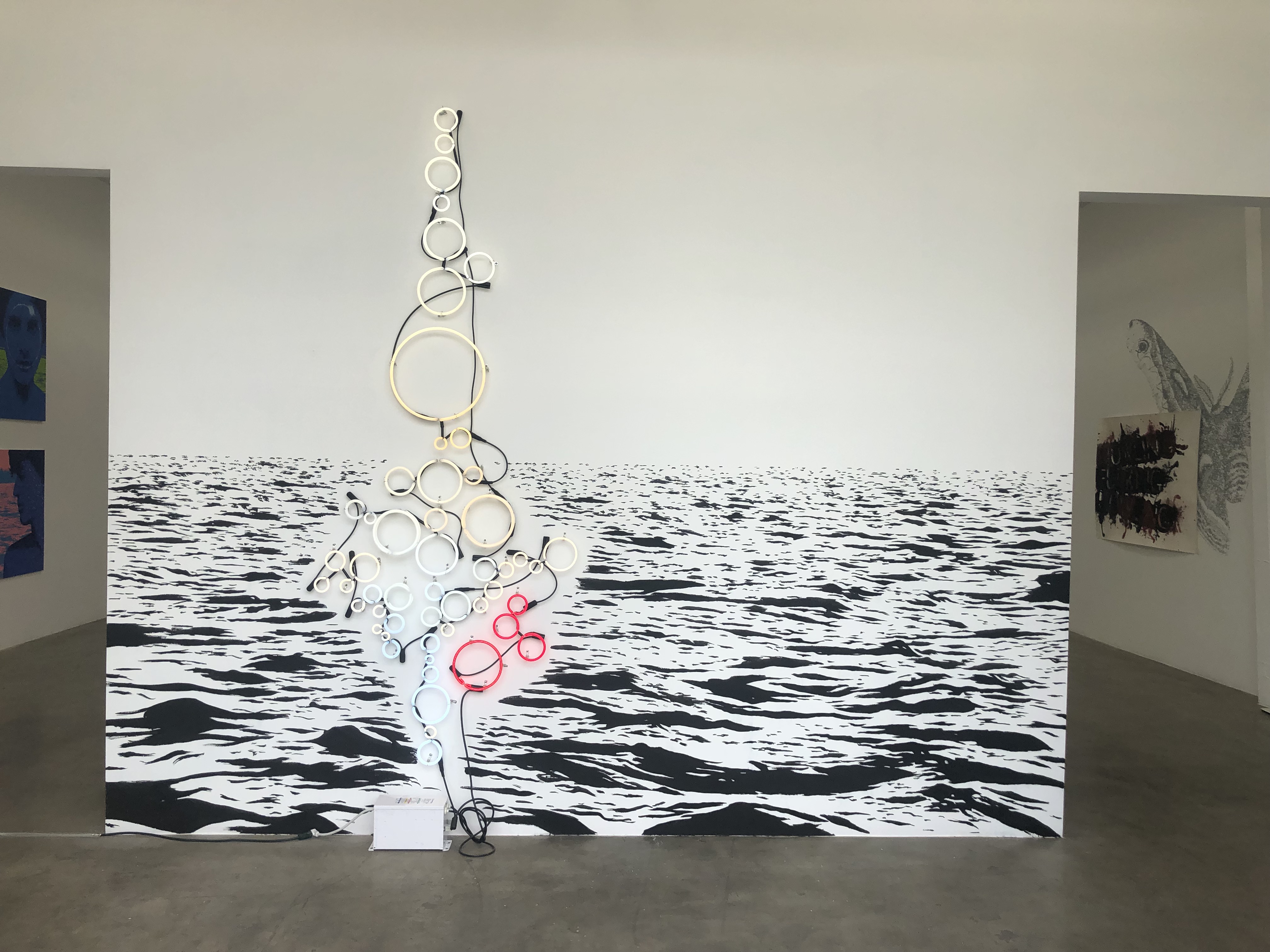 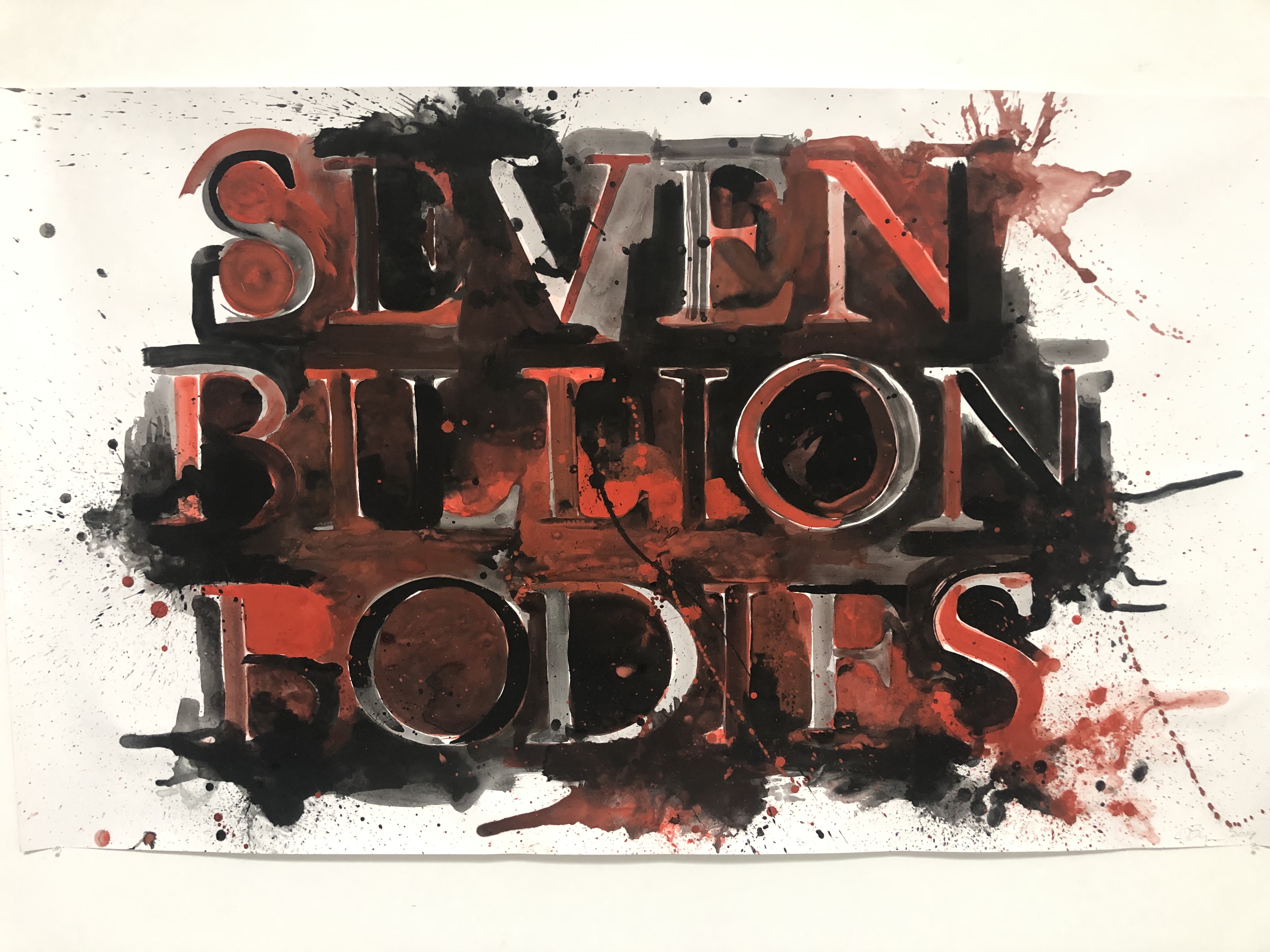 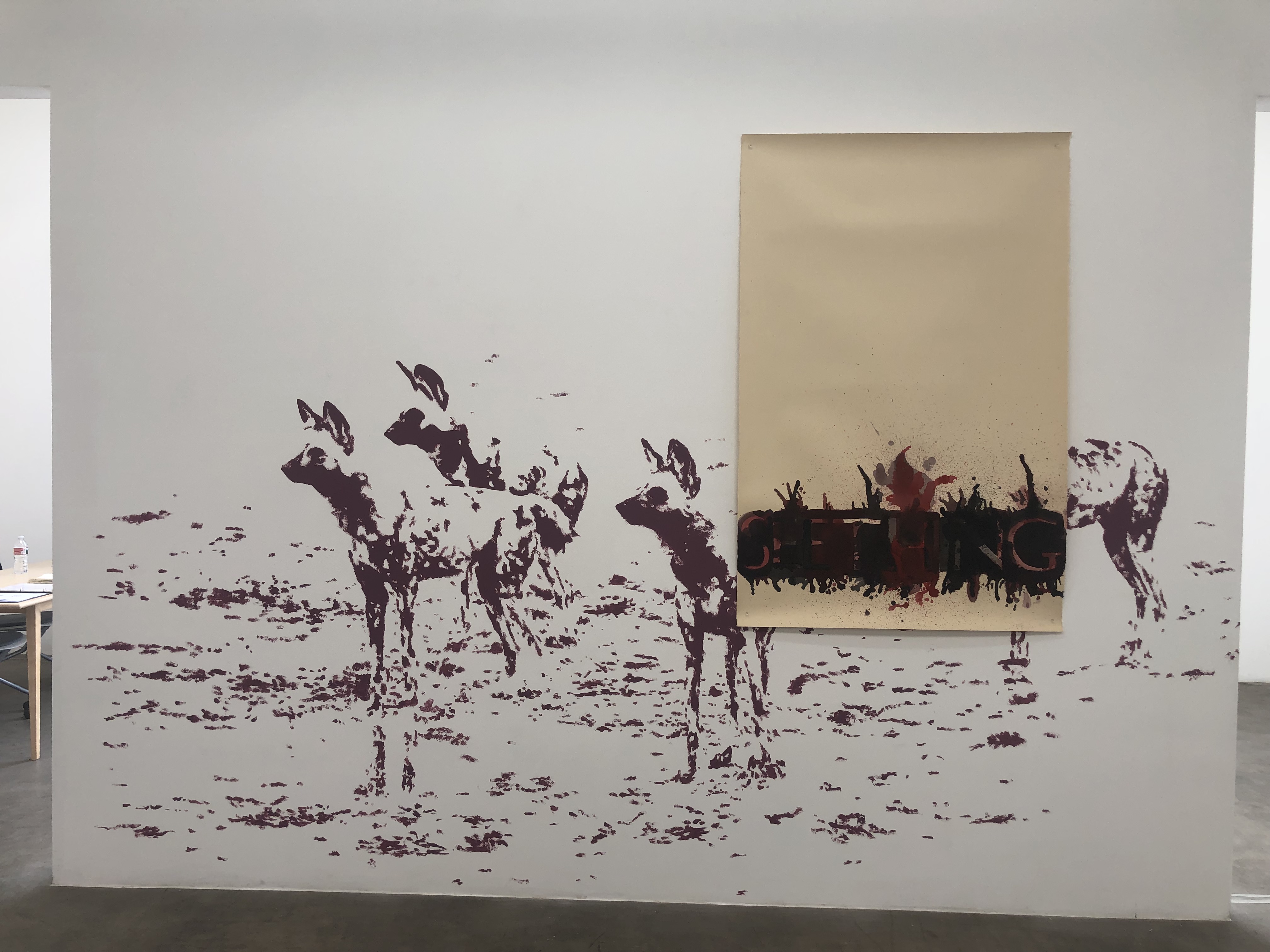 A 30-year overview of the artist’s practice;

Originating from the AIDS epidemic of the late 1980s

This will be the artist’s first solo exhibition in Los Angeles in 23 years.

Borne initially from the artist’s reaction to the devastating AIDS epidemic of the late 1980s to mid-1990s, BENJAMIN’s works on paper – his predominant format – executed in black cel vinyl inks, charcoals and wax pigments – addressed tangible fear and utilized language/text and made reference to Western Art’s previous period of plague – The Black Death – to confront and absorb what seemed unstoppable.

In due course, in his studio practice -and simultaneously in the larger worlds of medicine, science, and nature – a more holistic consideration begins; an aberrance in our natural world demands an investigation into the fluid architecture that underpins eons of history.

In particular, BENJAMIN made study of the Fibonacci Sequence as it was revealed in nature; specifically, in his research, the sunflower, which mimics in structure living cells and mathematic systems of reproduction. This mirrors the granular and molecular study scientists and physicians were advancing in seeking treatment and, hopefully, a cure. Fear is turned to learning, to comprehension; toward solutions.

Run toward it, not from it.

CLIFF BENJAMIN, a native Southern Californian, has a rich art world back story in Los Angeles. As an artist, he exhibited in the 1980s and 1990s with Pence Gallery, Burnett Miller Gallery, Mark Moore Gallery, and Acme Art (Acme was the site of his last solo Los Angeles exhibition, in 1996, prior to this exhibition). Additionally, BENJAMIN was simultaneously a member of the gallery community of Los Angeles in his role as Assistant Director at James Corcoran Gallery; a Director at Mark Moore Gallery; and co-owner of Western Projects, which opened in downtown Culver City in 2003 before moving to South La Cienega Boulevard in 2009, presenting an active program until closing in April 2015.

CLIFF BENJAMIN’s work can be found in the permanent collection of the Hammer Museum of Art, Los Angeles; Orange County Museum of Art; Fowler Museum at UCLA; Phoenix Art Museum; and the Nora Eccles Harrison Museum at Utah State University, among others.