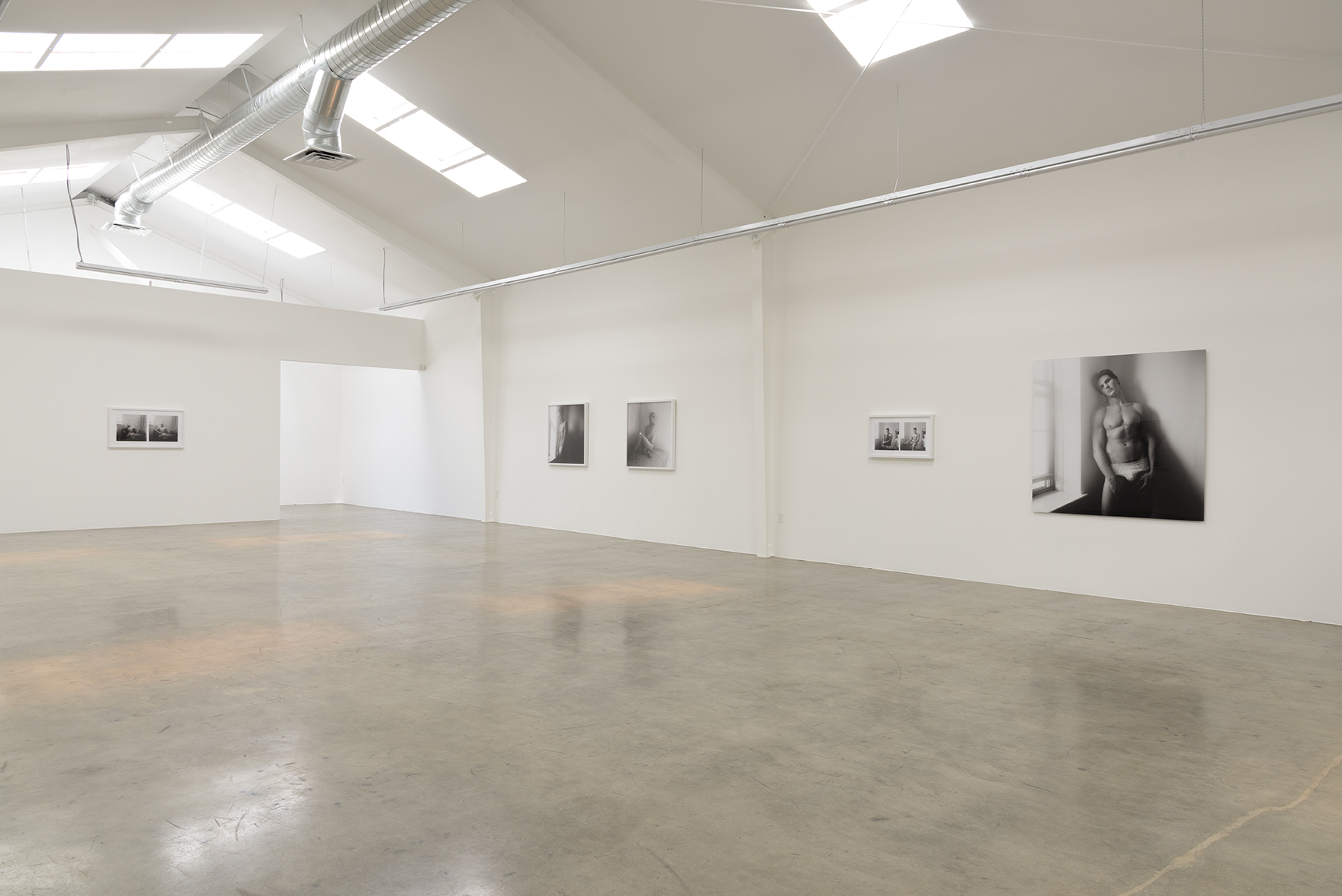 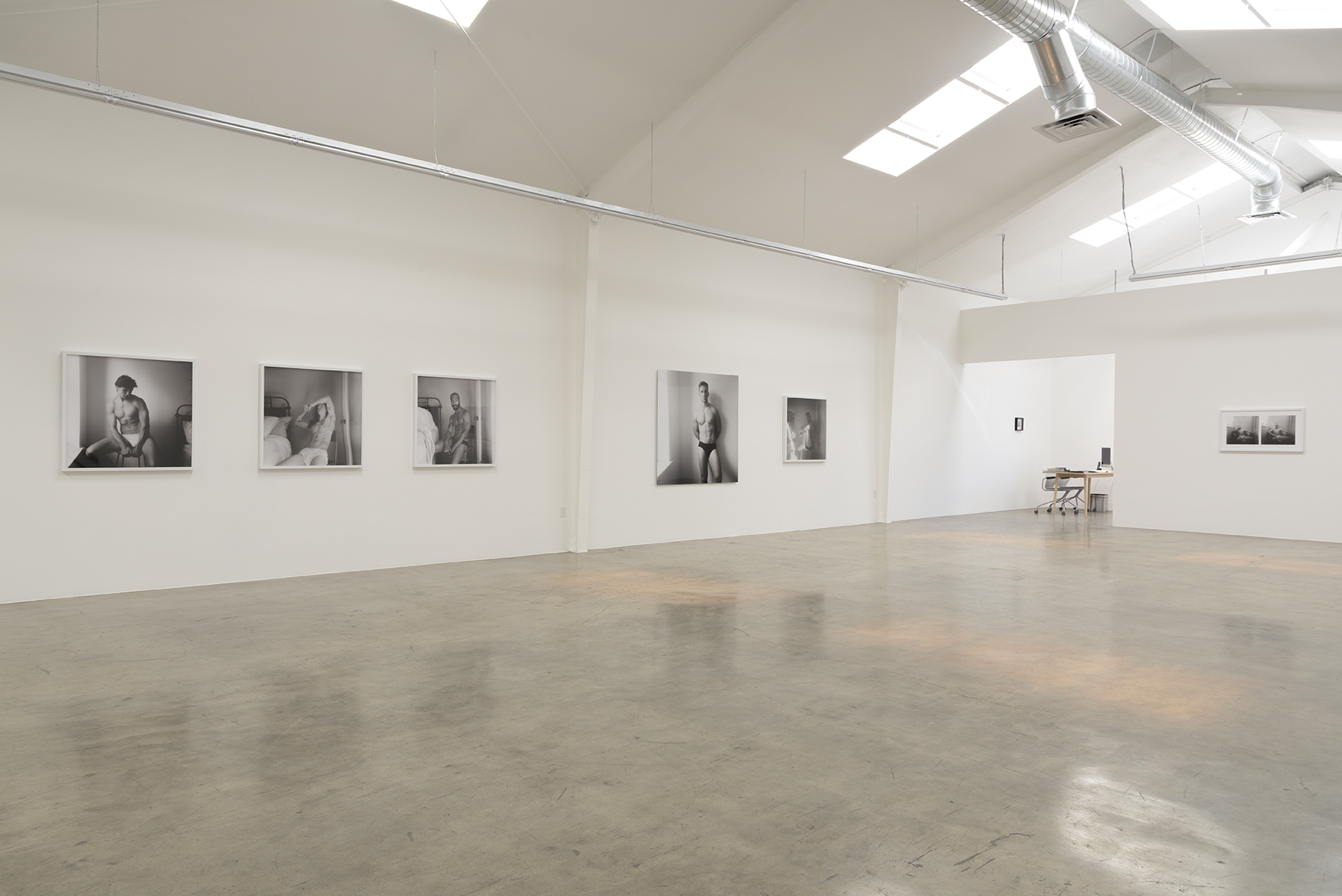 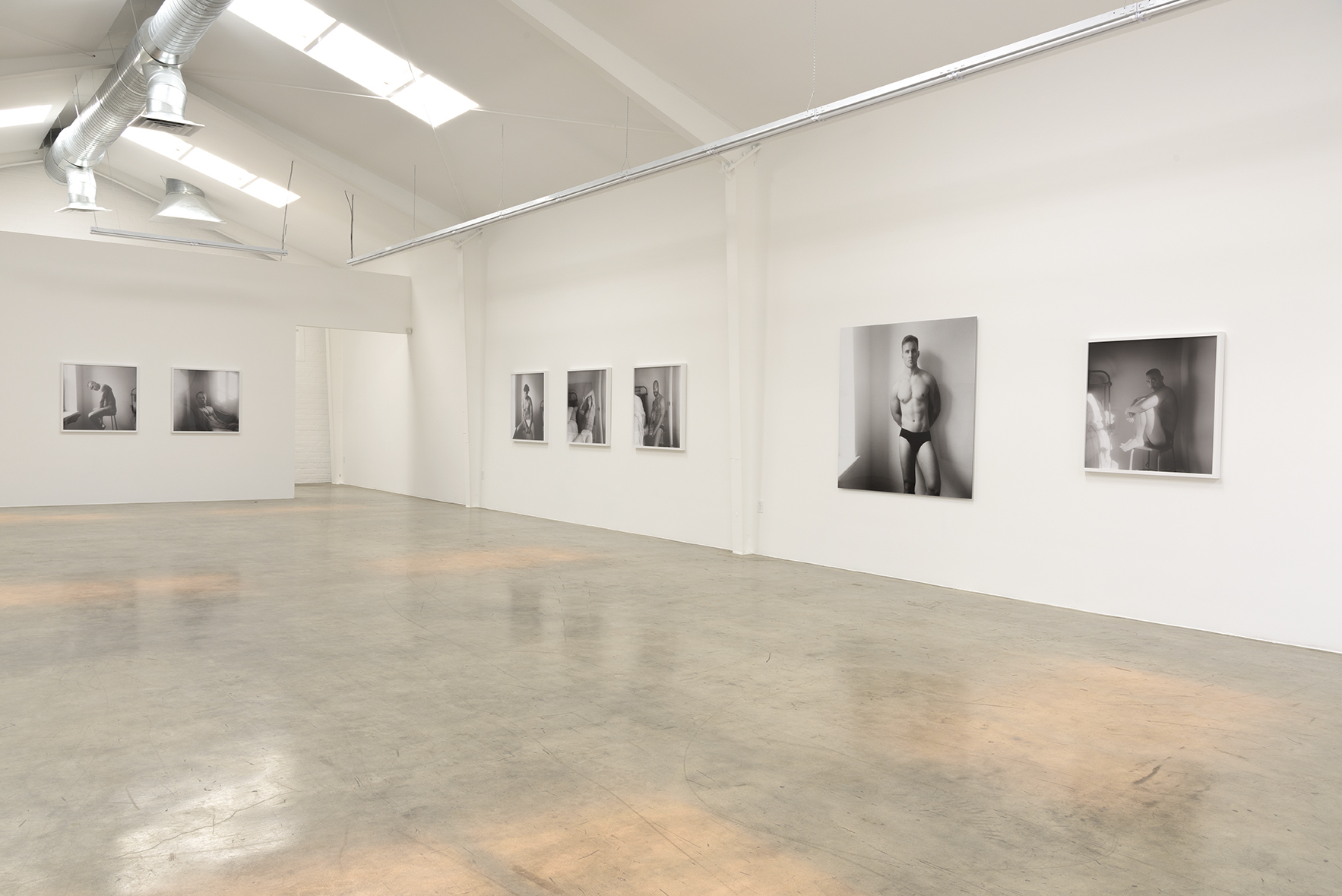 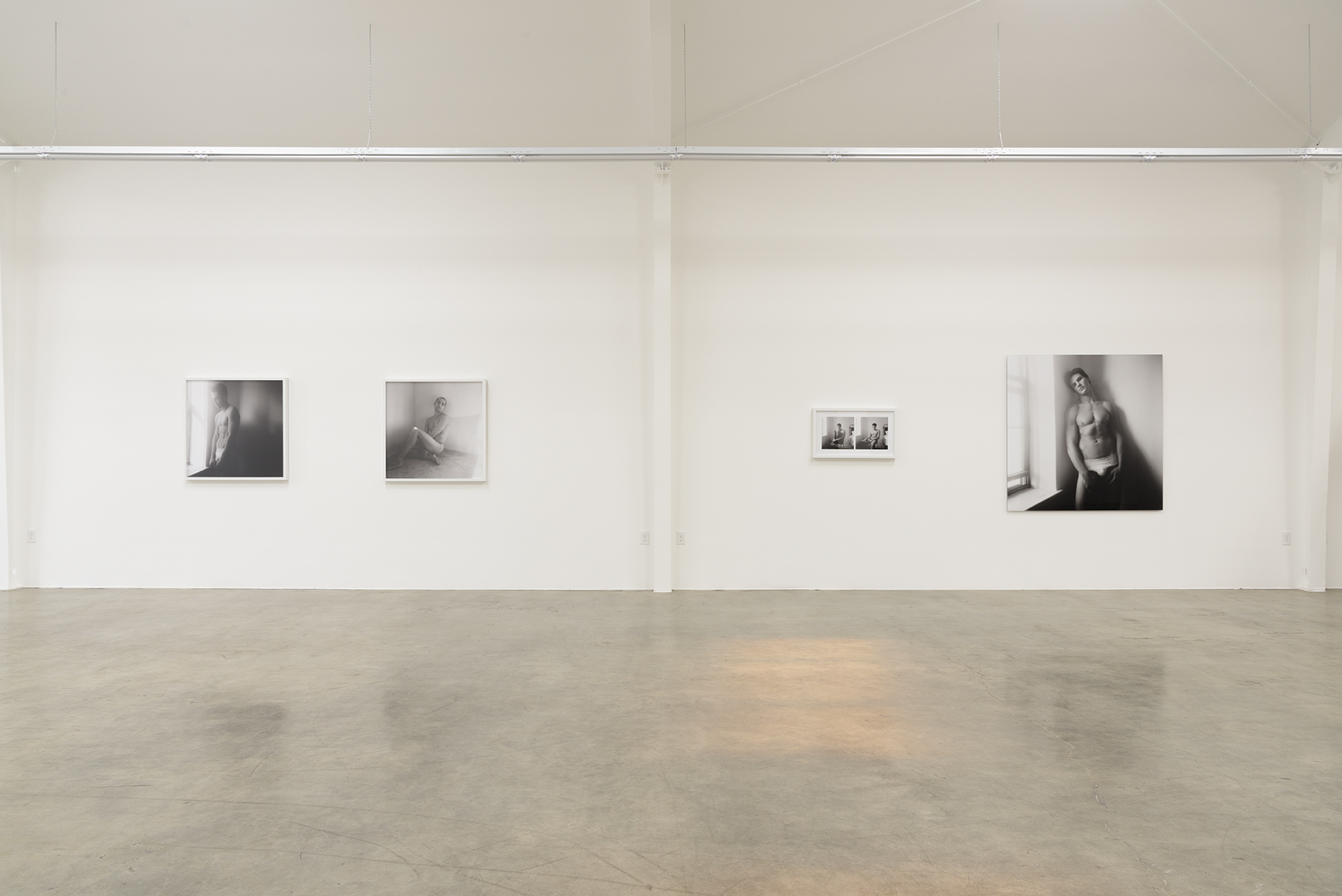 “This is the artist’s first solo exhibition in Los Angeles. Known for his intimate nude male portraits, Austin captures images that reveal the individuality of his subjects in a moment of disarming contact. Austin intuitively conveys the vulnerability of his sitters through the empathetic quality of his photographic gaze, extending a care to his subjects and humanizing their masculinity beyond the momentary arrest of the frame.

A social media phenom in his own right, Austin has amassed an impressive following on Instagram, using the platform as a way to disseminate his images and connect with potential subjects. Austin has mobilized the virtual space as a connective tool, and in 2013 traveled to eleven different cities throughout Europe, Australia and North America, meeting over 132 men behind the Instagram accounts that interested him. He photographed these strangers in the interiors of their homes and personal spaces, publishing the collections in Beau Book, a popularly acclaimed photo book released in 2015. Motivated by a desire to uncover the identities of the men hidden behind the platform’s visually staged and filtered culture, Austin set out to reveal and connect to something more immediate and raw. This cultivated intimacy between photographer and sitter is felt throughout Austin’s work, and contributes to an undeniable quality of naturalism and simplicity in the resulting photographs.

Soft Instant is a departure from Austin’s previously slick digital output of photographs of strangers and will feature a series of 14 portraits of friends shot entirely on film at his home in Los Angeles (2016) and New York City (2015). Using a dated, medium format Kodak Duaflex IV camera and 620 film, Austin embraces the limitations, warmth, and imperfections of this analog medium. Limiting the number of shots that can be taken in a single sitting and lessening the digital mediation of the image, Austin reconnects to the physicality of the photograph as a material imprint of light and time. The small shots taken on the handheld Duaflex are scanned, enlarged, and then translated into large-format prints, creating a dramatic, and self-referential, conversion in scale. The image is both amplified and softened through this process of alteration, revealing the imperfections of the physical film, heightening the abstraction of light and shadow, and intensifying the compositional structure of the shot when taken out of its proportional context. An intentional expansion and diffusion of the image pulls the photograph into a more impressionistic representational space. As the contours of the subjects are blurred and interrupted, the poignancy of Austin’s amplified gaze surfaces.”