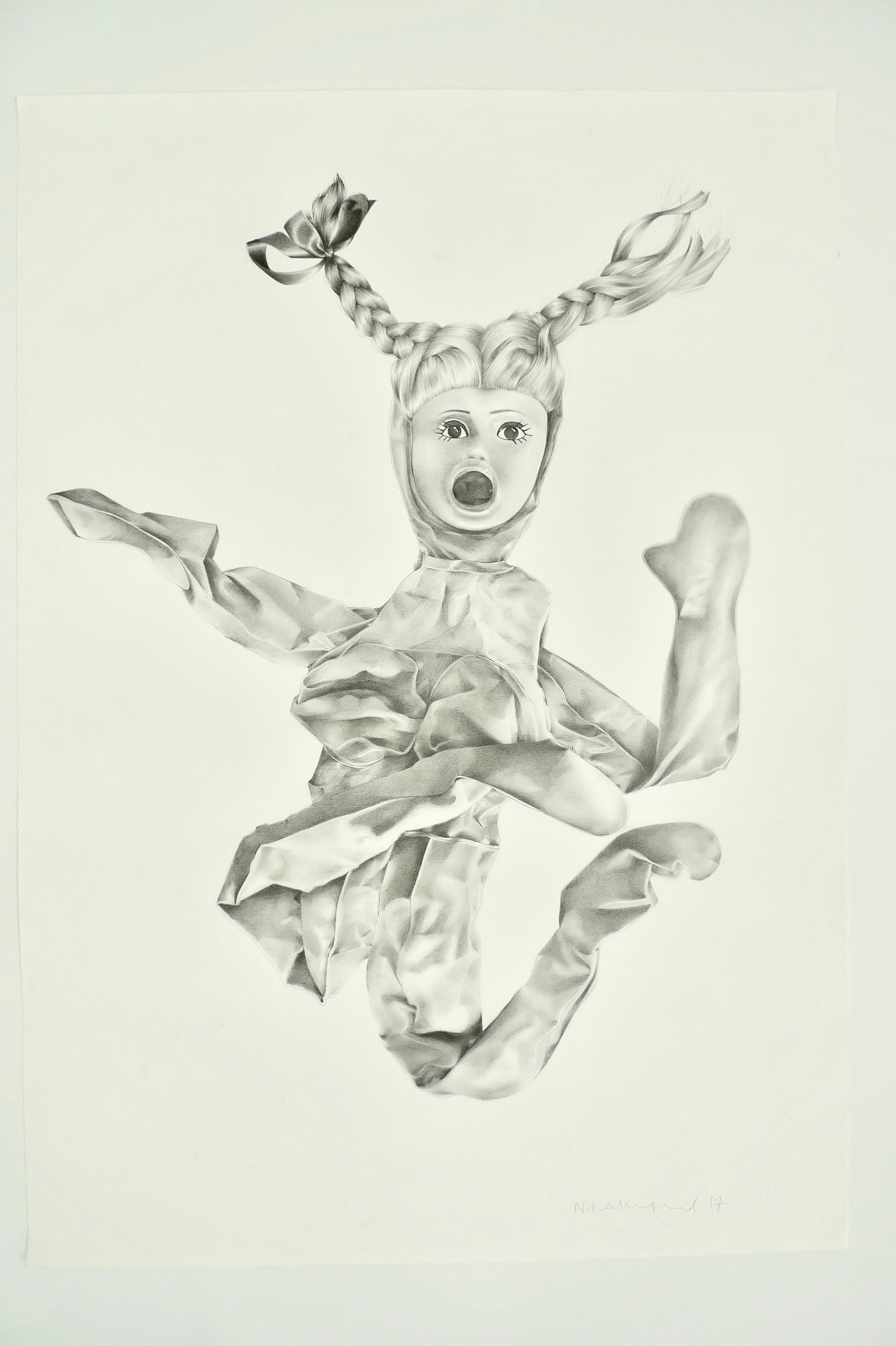 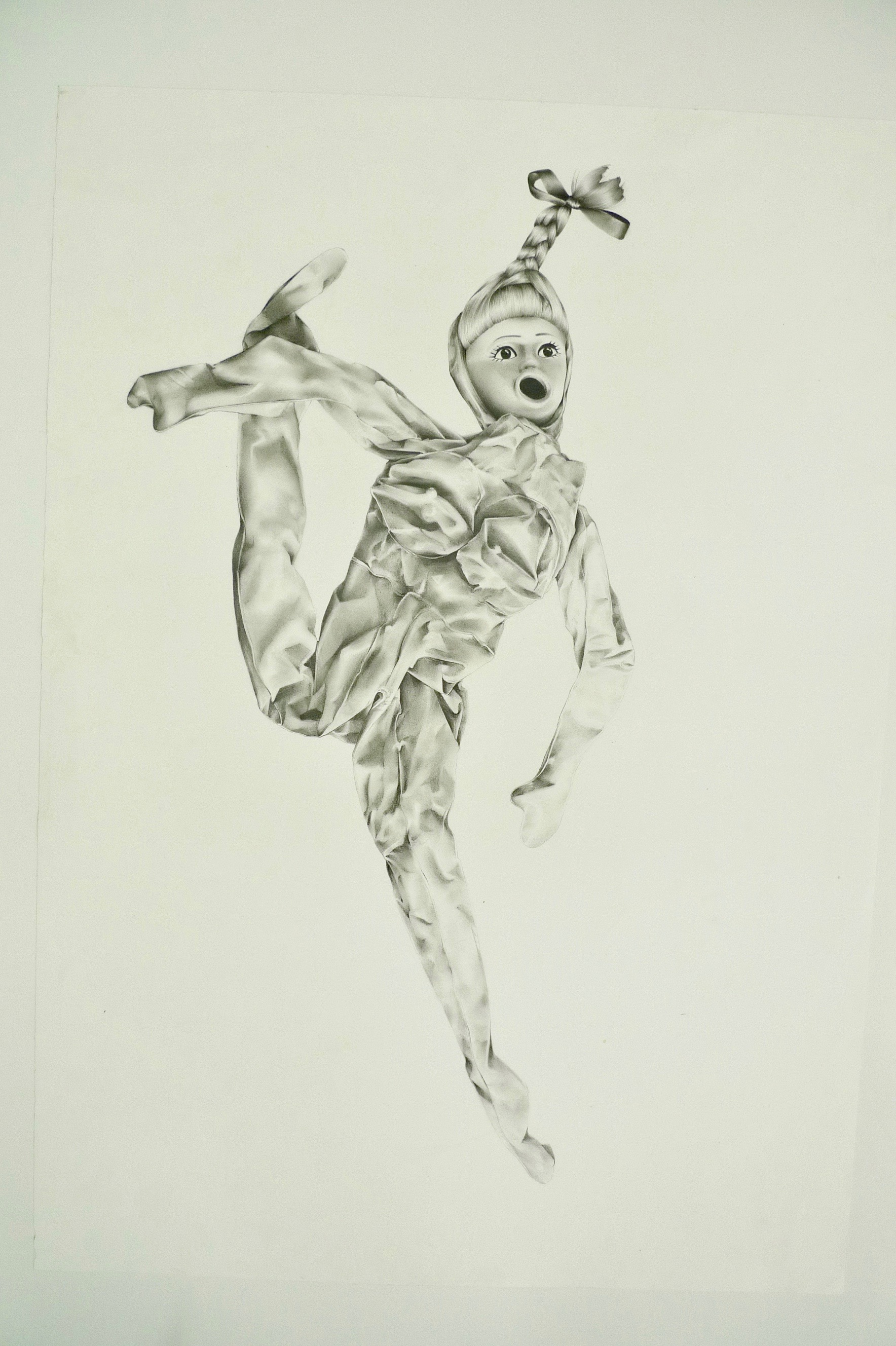 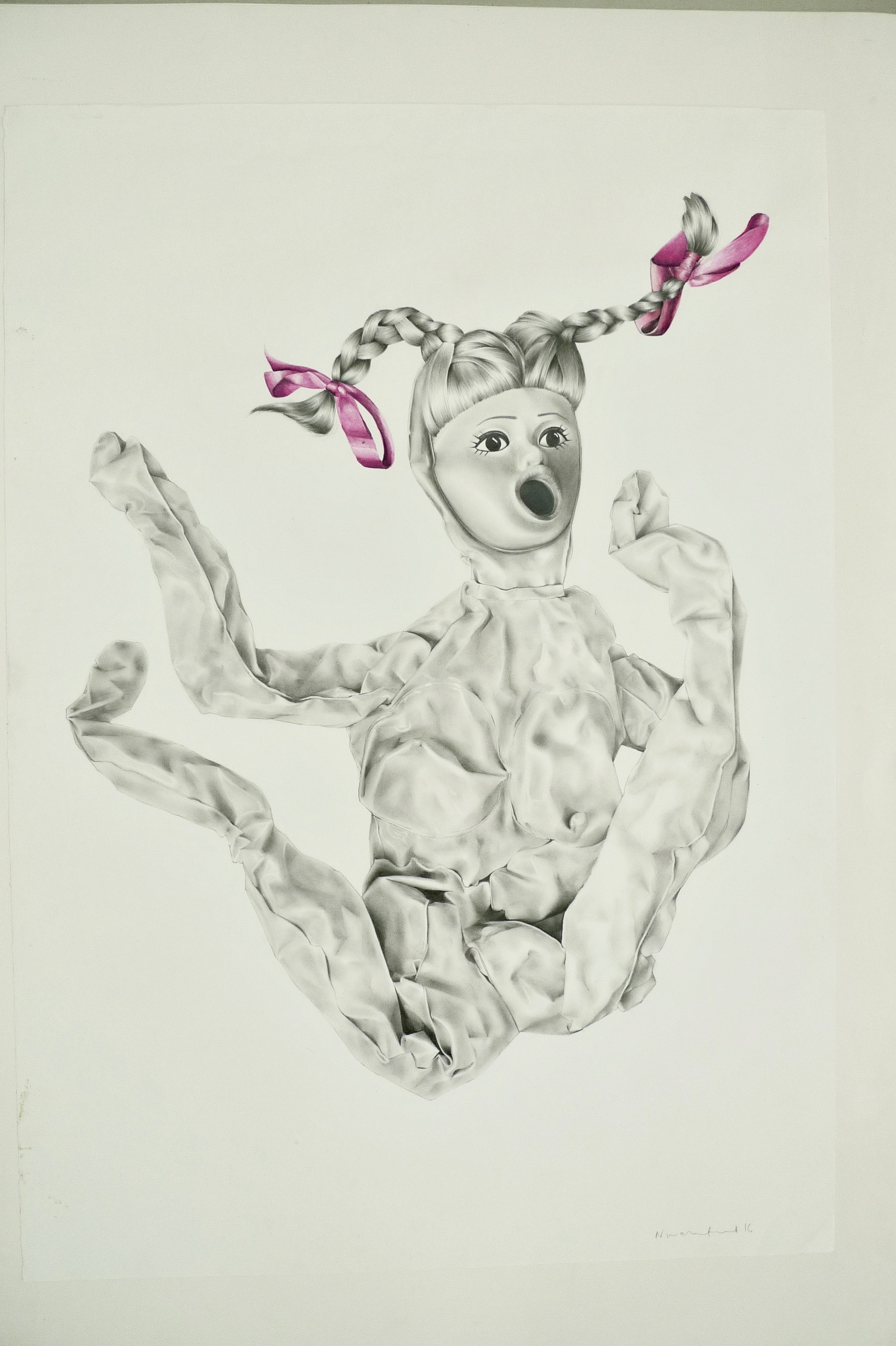 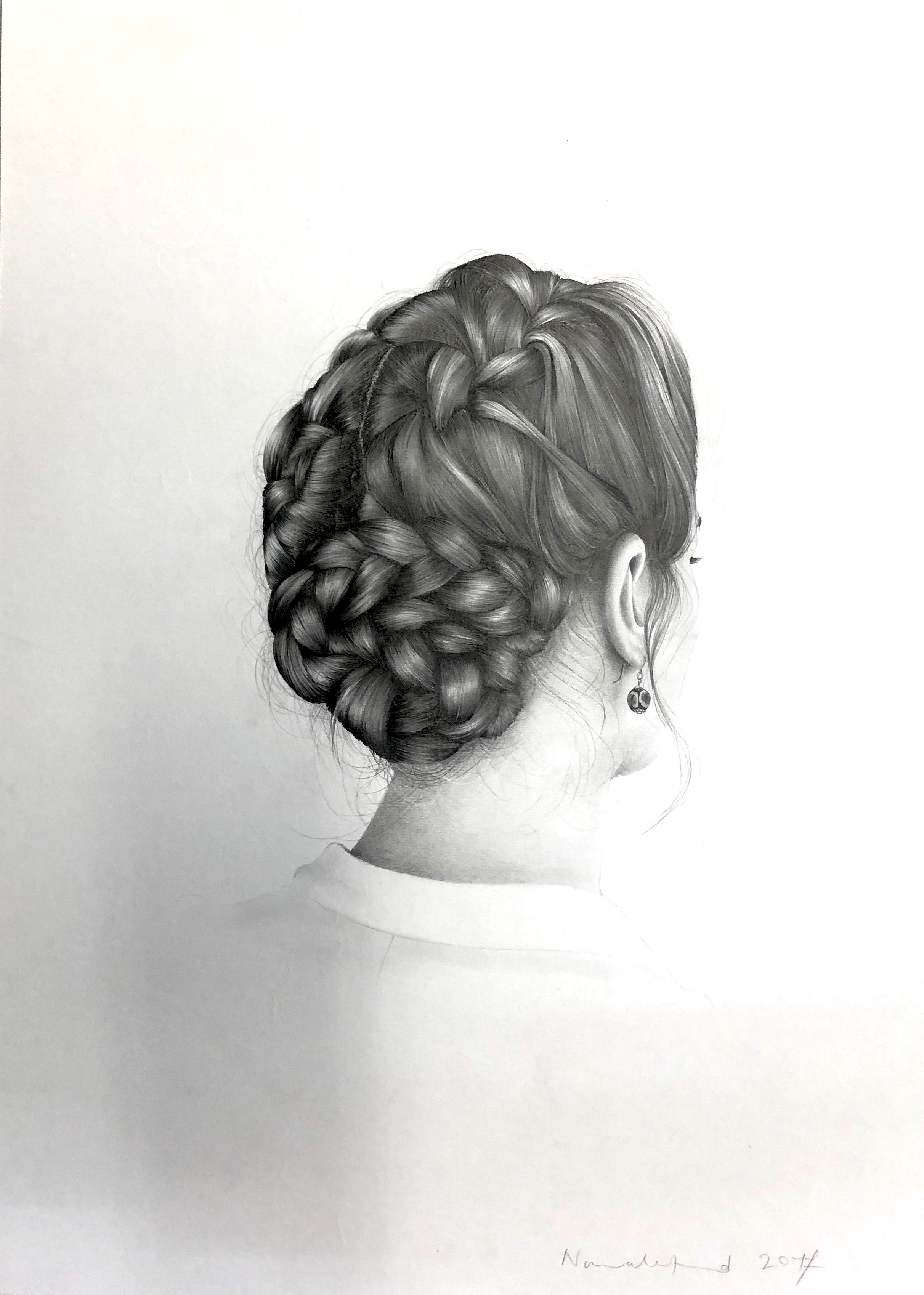 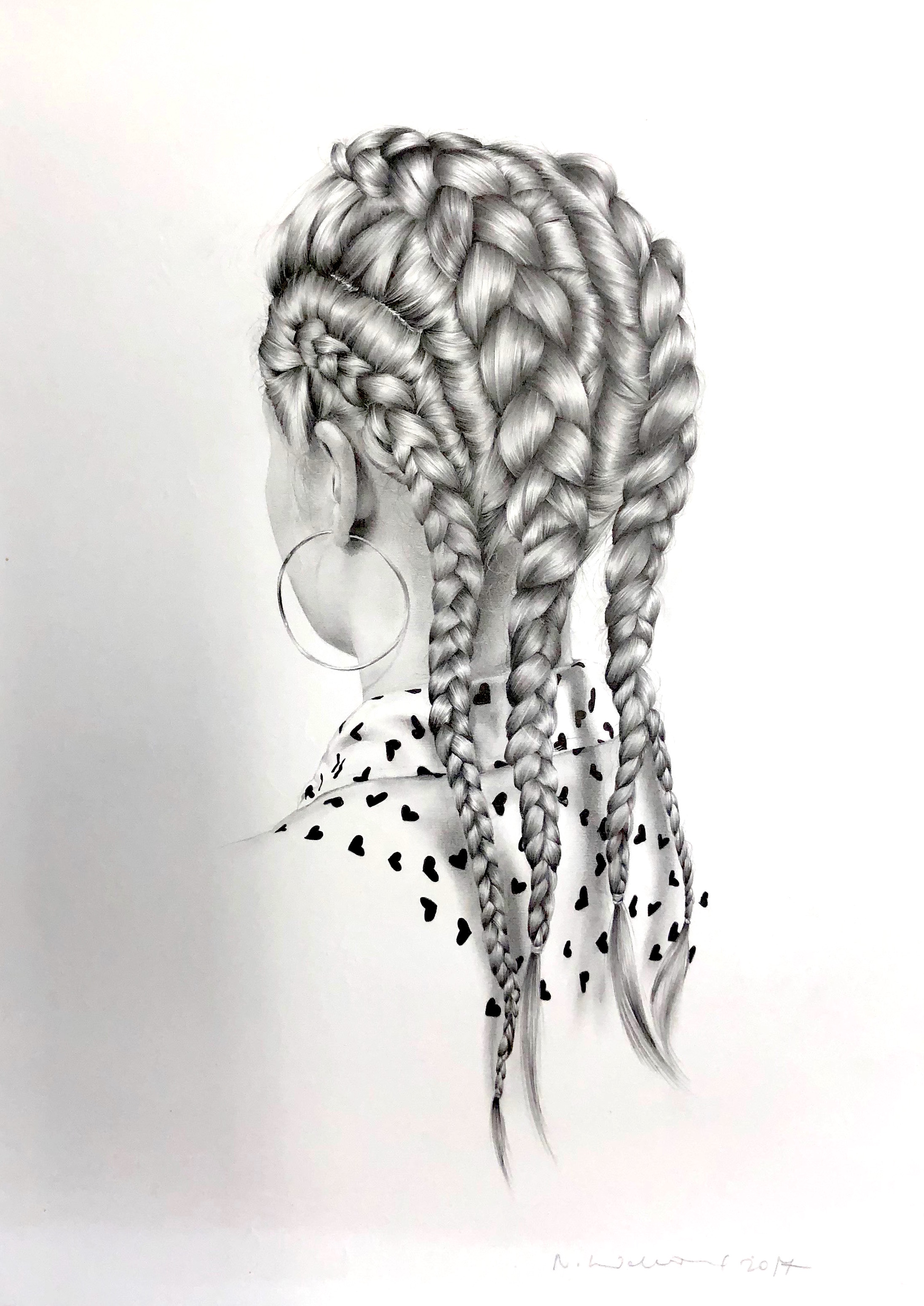 Nettie Wakefield (b.1987) is a British artist who lives and works between London and LA.

It is human ephemera and the aspects of everyday life which tend to be over looked or taken for granted that for Nettie become a rich resource for artistic meditation. Taking as her subject matter, the backs of people’s heads as in her ‘Reverse Portraits’ – the owner always unknown, discarded beer cans, sweet wrappers and crumpled cigarette packets, Nettie imbues these commonplace subjects with a sense of both the uncanny as well as a certain poetry which speak of the humans to which they belong or have been discarded by. A striking discord exists between the evidence of life lived in constant flux and the manner in which these 21st century specimens are then immortalized by Nettie’s stark and uncompromising artistic attention.

Rejecting the new wave digital era, Nettie’s commitment is to traditional forms of draughtsmanship such as drawing watercolour and most lately bronze casting. Through meticulous and highly focused powers of observation, Nettie isolates a moment or thing in space and time, often suspending it within an otherwise blank background as she grants it an importance it is usually denied.

For Nettie, pencil is a medium she continually returns to. There is no hiding with pencil. It’s where so many artists have started; the source of the stream. Most people associate it with the beginning of something, a plan. For Nettie it is the main medium: the end product, it’s mononchomicity perfect for an artist who is far more interested in tonality than colour.

While the speed of life becomes increasingly fast, Nettie views her work as an act of mindfulness, a slowing down of sorts, through which to take time over the act of looking, an effect also replicated in the viewer on encountering Nettie’s works.