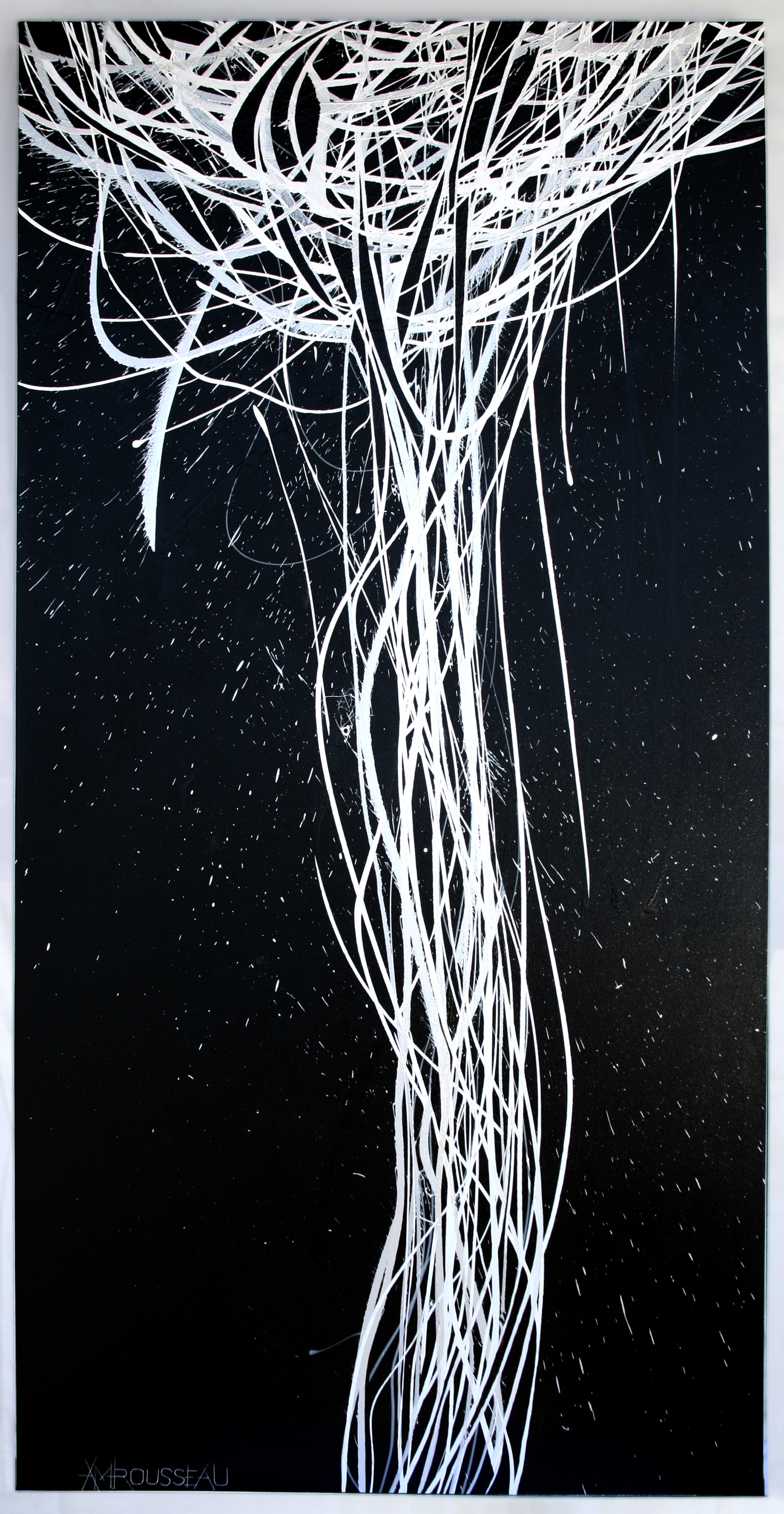 A.M. Rousseau. Rousseau is a multi-disciplined artist, writer and photographer currently living in Southern California who has exhibited her work nationally and internationally. Rousseau’s works are imbued with an investigation of line. She takes her inspiration from a Paul Klee dictum: “Take a line for a walk, aimlessly for the sake of the walk.” She sees each line as a metaphor for the way life happens: one point leading to another, ever changing. For her, “Every line is a reflection of individual will, a unique indicator of purpose and direction, just as in hieroglyphics, a kind of handwriting that can be read if the system of mark making is understood.”

The works on view range from black and white works on paper like Downward Hang, and Left Leaning in which a succession of quasi concentric black lines gracefully flow as if suspended across two supports. The algorithm used in creating these works becomes more complex as Rousseau moves across multiple sheets of paper adding color into the mix. In works like Fire and Ice Quartet and 100 Line Rush Triptych the undulating curves have a wave-like pattern reminiscent of an abstracted ocean. When Rousseau moves from paper to canvas and from ink and colored pencil to acrylic paint, she begins to fill in shapes creating denser compositions where the linear elements originate from a central core.